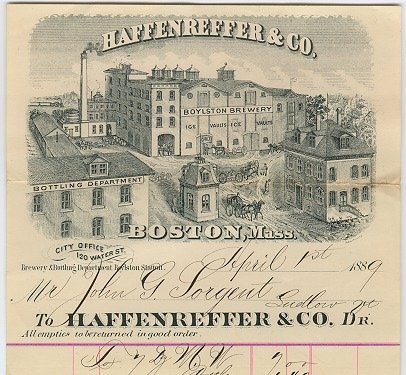 In 1870, Rudolph Haffenreffer, a German immigrant who had worked as the brew master of the Burkhardt Brewery, purchased the Peter’s Brewery and began brewing beer under the Haffenreffer name. The company would eventually build a fourteen-building complex, with a main brewery, storage building, paymasters’ offices, stables and bottling plant. Legends abound about Haffenreffer. Supposedly there was a spigot installed where free beer was dispensed day and night. Babe Ruth is said to be one of many who appeared, pail in hand, to get a fill. Some say the spigot was operating as late as 1960.

During Prohibition, Haffenraffer continued to brew “near beer,” light and dark libations with a lower alcohol content, including something called Pickwick Pale. Some of their near beers proved to be popular at places like Jacob Wirth, which bought it by the barrel. One customer recalled, “Although lacking in authority, the flavor was authentic. Many of us first acquired a taste for beer from Jake Wirth’s Prohibition substitute.”

The Haffenreffer plant carried on until it was closed in 1964, with the later generations brewing Private Stock Malt Liquor, known for its potency and forty-ounce green bottles. Another leg of the family established the Narragansett Bay Brewery in Rhode Island. Today, the Haffenraffer Brewery is home to Boston Beer Company, brewers of Sam Adams beer, as well as the small businesses, cafes and restaurants that have opened in the newly rehabilitated Brewery complex in recent years. 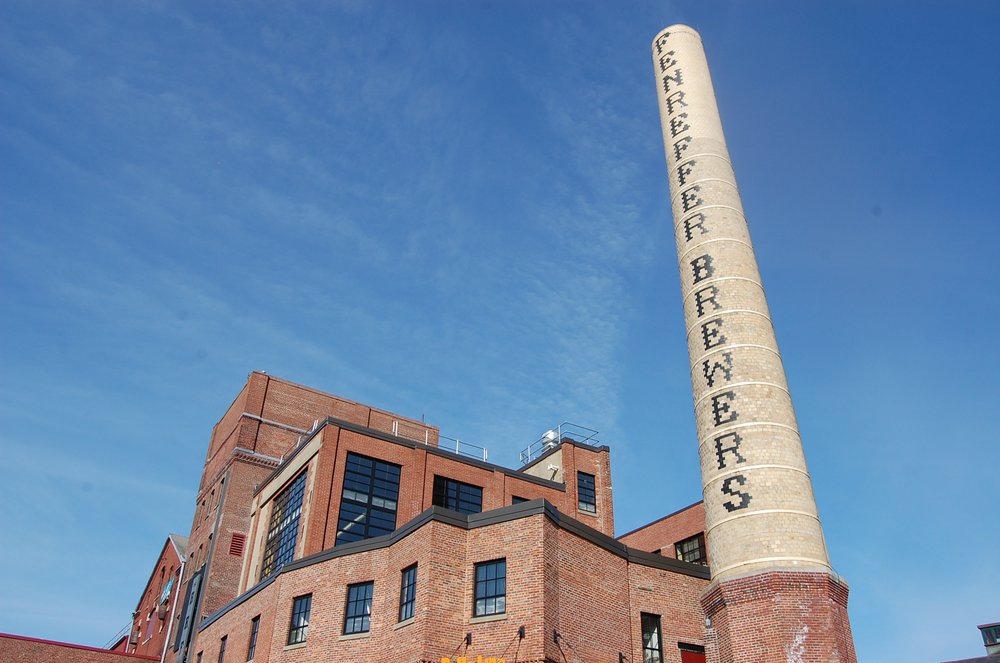